Named after the lead character in my favorite book - "The Power of One" by Bryce Courtnay - and with a double entendre to boot. It can mean Piccaninny* Kaya (Little Room/Out House/Toilet) or Piss (Pee/Urine/Pissed = drunk) Koop (Head) in essence - Drunk Head.

***Version 2: (as described on a british cocktail website) **
Use a tall glass, half to 3/4 filled wich ice
Add half a glass of soda water to half a glass of ginger ale
Add a dash of Angostura bitters and a slice of lemon and stir.

*PICCANINNY, or Pickaninny, a word applied originally by the negroes of the West Indies to their babies. It is adapted either from Span, pequeño, small, or Port, pequenino, very small. The word spread with the slave trade to America, and has since been adopted in Australia and in South Africa. - 1911 Encyclopædia Britannica/Piccaninny
** http://wiki.answers.com/Q/How_do_you_make_a_rock_shandy#ixzz1khlBk4b9

Posted by Cartas de / Letters from Hollywood No comments: 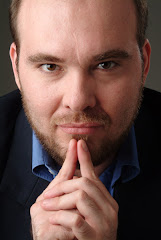